Posted by Chris Lowrance at 11:57 PM in: DnD, Other People, philosophy, race and racism, Tolkien, troll-food 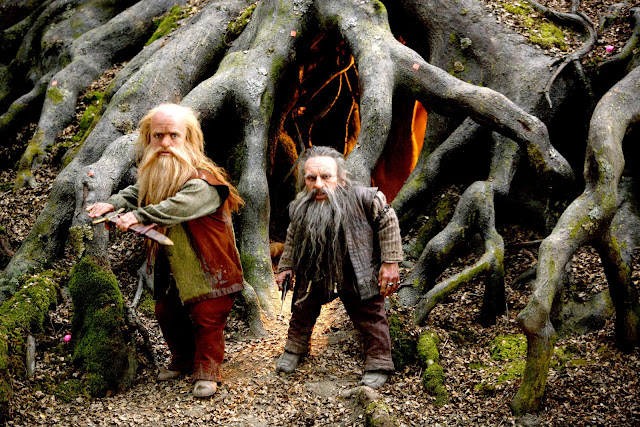 Swords and Dorkery has an interesting post about J. R. R. Tolkien basing the dwarves of Lord of the Rings on Semetic culture, including the writing, language and architecture. Which, of course, raises issues about the whole big-nosed, squat money-hoarding thing.

Just in case anyone's getting up-in-arms about this; look. There are racist ideas in Tolkien's writings. The Swarthy Men? Come on. I love his books, but they are very much about protecting the comfortable, the normal, the familiar from the strange and other.
Read more »
2 comments 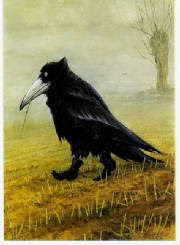 1: A stray goat wearing a large emerald as a pendant, worth 500gp. Will protect the emerald to the death.

2: A skeleton in good Carrow Guard plate mail. Necromatic wires got crossed during last uprising in the Graveyard, has been wandering aimlessly ever since. No one's noticed: Carrow Guard mail covers everything but the face, and citizens are accustomed to guards on leave stumbling around drunk or hung over. Won't attack unless provoked.

3: A Church of Krae* zealot. Dressed to the nines, very snooty unless a PC has a shiny and expensive-looking object visible. Then they are very friendly in offering to buy it for way less than it's worth, making every attempt to convince the player it's not what they think it is and they are giving them a deal. If they prove particularly astute, the zealot will change tones, tell them they belong in "The Unkindness" and warn them against Charlie Crow* heretics.
Read more »
1 comments 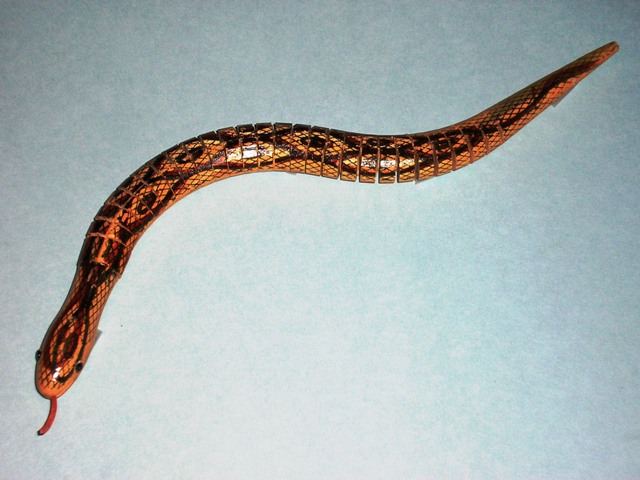 1 - A pewter ring and a three-foot long toy snake made of articulated joints of dark wood, with a hinged jaw and steel fangs. The head is hollow, and can be filled with liquid (pushing in both eyes causes a valve in the back of the throat to open). One 'dose' of potion or poison can be poured in without spilling.

When the ring is worn, the snake becomes animate and can be controlled via thought. It moves clumsily, but can slither around and bite things. The bite can't hurt anything a halfing's size or bigger, but it can inject the potion or poison in the snake's head.

Besides the obvious use, a clever player will see the value in using the snake to deliver healing potions to fallen comrades during combat.
Read more »
3 comments

Posted by Chris Lowrance at 10:48 AM in: Design, DnD, Items
This small, thin object is pointed on either end, with a grip in the center. It's made of a material that looks like silver but is springy and resilient - to the knowing eye it is immediately identifiable as goblincraft, marking it as a foul object. In the hands of a Small creature it can be wielded like a melee weapon - in larger hands it isn't very effective this way and works better as a javelin.

Trained goblins know how to use the magic properties of the Spine, but for most it is random. If it strikes a target, it will always unleash a point of electrical damage and absorb a point (but only from living creatures. Constructs, undead, or anything else lacking a central nervous system can be shocked but can't also be drained). It will absorb an additional point each round until withdrawn. In other words, a strike does whatever physical damage the Spine does (1d4) + 1 point of shock + 1 point is stolen if possible.

The absorbed HP is stored in the Spine, to be released as shock damage in a 1/1 ratio. Those trained in its use, or who study it long enough, learn to control this so they can strike without releasing HP (to store more of a charge), and even control how much HP is released in order to cause more damage or hold back in order to incapacitate.

Whenever a thrown Spine hits with a natural 20, it has tapped directly into the nervous system of the target. It goes apeshit.
Read more »
0 comments

I Have Seen the Face of the Enemy

Posted by Chris Lowrance at 9:52 AM in: DnD, fuck my computer, philosophy, video games 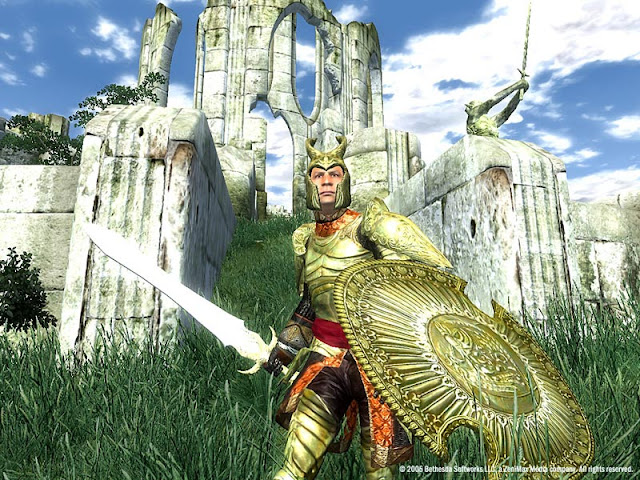 The Elder Scrolls IV: Oblivion. The video game my wife loves so much we bought it twice.

It's actually four years old at this point. I first got it for the PC, despite barely being able to run it  on mine (see all that grass, and reflections, and such? I had to turn that off). We both played it in frightening amounts, then eventually moved on.

Then I got a better computer with a giant monitor, and we installed it again. And again, we played scary marathon sessions that eventually tapered off.

The we got a Xbox 360, which means playing with a controller, on a HUGE tv, in HD, with graphics better than my computer could handle. And I'm wondering how I'll ever convince her to come roll dice and imagine killing goblins, instead.
Read more »
2 comments

Once a day? It's magic, not dental hygiene!

Posted by Chris Lowrance at 5:32 PM in: character generation, DnD, play report
Some people take very little time with character gen. Roll some stats, pick a class, probably go with one of the "starter packages" DnD 3.0 so helpfully includes: Boom! Out pops a character.

For others, it's going to take a while. Maybe a whole session. For them, making a character is half the fun of the game - it is, after all, role playing. They do it all from scratch, fully customizing everything they can and then writing a life story.

It took Kitty and I three nights.
Read more »
0 comments

Posted by Chris Lowrance at 5:55 PM in: fuck BP, Other People, unrelated
@FiendAngelical figured it out. (I'm the one that edited the picture) 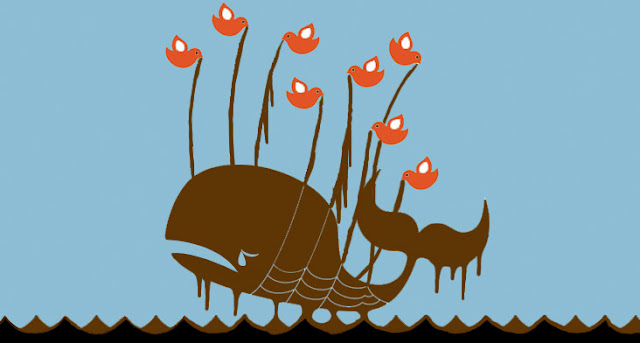 Posted by Chris Lowrance at 9:03 AM 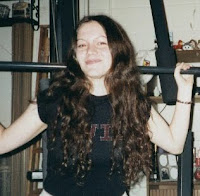 On June 9, 2001 two teenagers revealed they loved one another for the first time. They still do. Happy Betaversary, Kitty.
0 comments 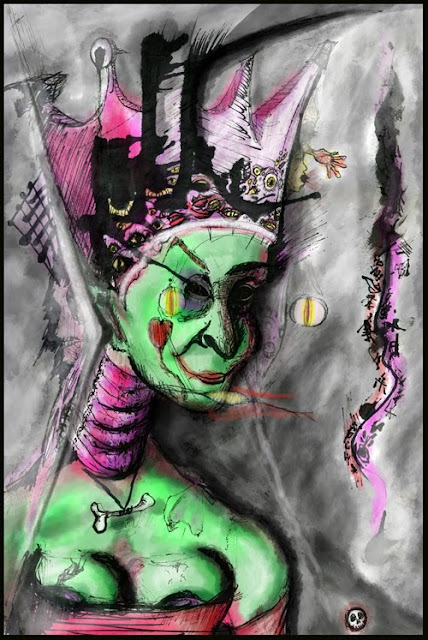 The following is an EXCERPT from Who's Who in the Realms Outside the Windowpane, which is itself a distillation of the unfinished work A Complete Listing and Description Of the Courtesans Most Strange In Both Their Beauty and Fearsomeness, That Humanity and Friends to Her May Better Avoid Any Trespass Against the Former, With The Intent to Educate and By No Means Offend by the human scholar Horciel Pentrefibber in the year (covers hand with mouth and coughs) oh two.

Quinne Quilliam is a half-elf wizard/inventor who has dedicated her life to studying the practical applications of magic for the common good. A true patriot of the Republic, she believes technology holds the key to taking magic out of the hands of the rich and privileged and putting it in the hands of the people. Quinne invented the Quad-Que for cleaning the city sewers (I'll discuss that later - think "mecha-gelatinous cube" and then have a stiff drink) and in return has a cushy studio in the North District where she lives, works and sells her wares.

Quinne is unusually short and awkward-looking for a half-elf. This is because she's actually also half-gnome - people just assume the human part and she goes with it because Carrow doesn't distinguish gnomes from goblins very well. She's very bright, cheerful and talkative - especially about politics, magic or technology which are one and the same to her.

The Goblin That Fucked My Computer

Posted by Chris Lowrance at 4:59 PM in: fuck my computer, Monster 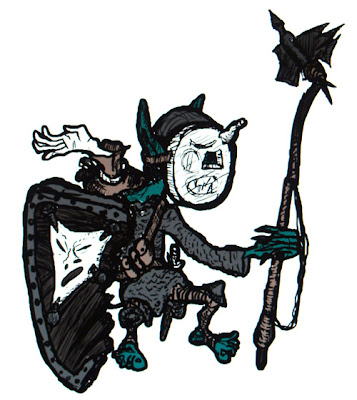 I was going to write a whole thing about goblins and an introduction to the Strange Court. I wanted to doodle a quick sketch of my metal image of "goblins" to go with it.

Then my computer froze in the middle of it, I hadn't saved, and all I could do was take a goddamn photo of my monitor.

Not in much of a mood to write now. All I really wanted to say was I like goblins to be very small and almost child-like until you realize they want to kill and eat you, and maybe not in that order.

Basically I want to bring back a little pre-Tolkien to fantasy. Hence goblins, fairies, brownies, changelings and the like are all sort of on the same team - goblins are just the more corporeal variant.

Welcome to Carrow. The Toilets May Kill You. Enjoy Your Stay. 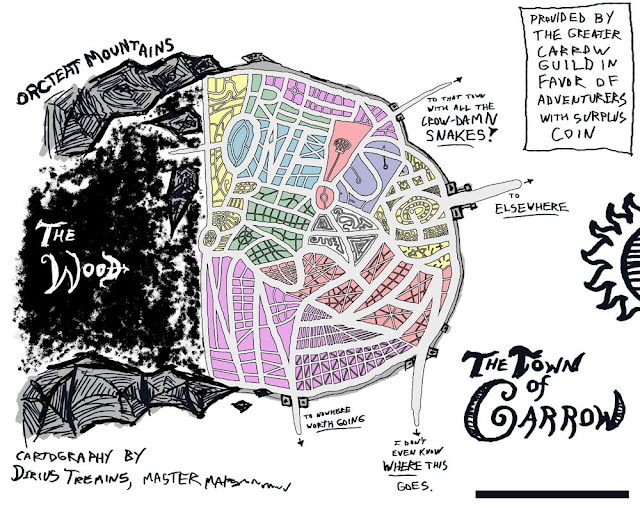 This will be the first of many posts with the following warning:

Posted by Chris Lowrance at 8:49 AM
0 comments 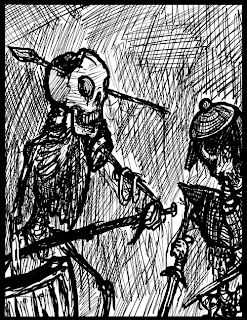 The elf awakes, expecting to see warm sunlight trickling into her family's home, high in the trees. Instead, she sees smoke and ash clouds. Averting her eyes from the corpses in her parent's cots, she looks out to see no forest, but instead a waste full of smoking rubble - great chunks of masonry like that in the human city to the east. Withered man-sized carcasses pepper the gray powdered spoil. The air is silent and still... and then, something creaks like an old door hinge. Again. Then, again... out of the smoke lumber gaunt pallid shapes, like elves or men but not quite.

Kitty has played DnD for the first time... but that warrants its own post. I wanna talk real quick about skeletons.
Read more »
0 comments